You don't have any saved vehicles!

Look for this link on your favorites:

Once you've saved some vehicles, you can view them here at any time.

CALL US FIND US
You Are Here: Home > Takata Airbag Recall

The Takata Corporation of Japan has been identified as a major supplier of defective airbags for at least 10 major automotive brand that includes Honda. Honda of New Rochelle service department is New York’s authoritative source on all Takata airbag recalls details and information. With millions of vehicle possibly affected by the airbag recall, it is important for all Honda of New Rochelle customers and Honda owners in New York to know the facts. The defective airbags have been found to release shards of metal upon airbag deployment. The cars affected by the Takata airbag recall have been documented to cause serious injury or death as a result of the deployment of the faulty airbags.

What Honda Vehicles are Affected?

The region of the country also play a role concerning the brands affected. Regions of the US with high-humidity seem to be more affected than less-humid regions. However, given the severity, as a matter of precaution several brands of car manufacture have increase the scope of their recall to include the low-humidity regions. American Honda has decided to put the safety of its customers as its number one priority and has made such move. To be clear the vehicles affected Takata airbag recall do not include every Acura on the road. There is a specific list of years affected. The video below by Consumer Reports goes into further detail about what do to regarding your Acura and the Takata airbag recall.

You don't have any saved vehicles!

Look for this link on your favorites:

Once you've saved some vehicles, you can view them here at any time. 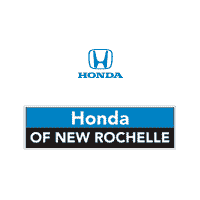